On the eve of Britain’s official departure from the EU, my partner and I decided to explore a small town called Bordighera on the Italian Riviera where the wintry cold doesn’t feel so much like cold war bite.

I had warned my significant other that I would be having an inverse departure party, a release of the insanity valve if you like!

Coinciding with the evening’s planned inebriation was the chance to speak to someone who lives in the town of Bordighera and who I haven’t seen for many years. Our friend met with us in a relaxed bar and I recall only casually noting the enormity of the G&T’s we sipping were through. 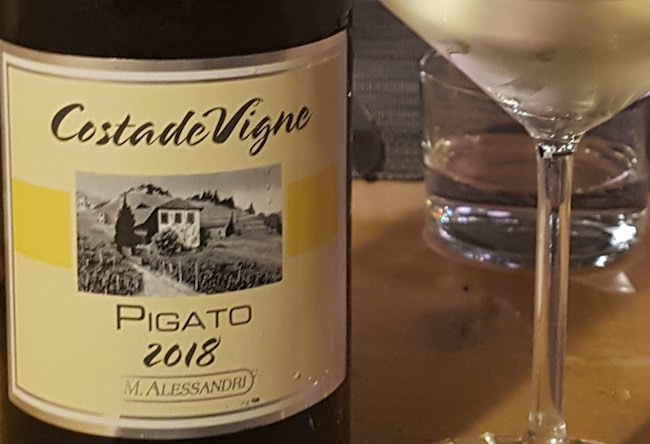 By the time it came to something to eat, our host, Donato, was able to suggest a restaurant on the central Corso Italia. On arrival we were introduced to the owner, a sommelier, from whom we ordered a bottle of Costa de Vigne, 2018, a local ‘Pigato’ made by Massimo Alessandri.

The Pigato variety is originally thought to be Greek but tends to be confined to the western Italian Riviera. This first bottle we ordered was much younger, with a bite of acidity and fresh clean herbal sweep of the palate. A simple wine without pretension.

The second bottle, pictured, was gifted to us by the owner and from the Riviera Ligure Di Ponente DOC that reaches from between the French border and Genoa.

This Pigato bore little resemblance to the first one. Instant detection of oak, and batonnage. A fatter wine aspiring to much more than a humble local variety.

Although I largely prefer to take a vegan menu, on this occasion I did enjoy the pasta with clams and artichoke. The richness of the food was paired very well with the Ligurian Poggio dei Gorleri Albium Pigato, 2014, as they performed a gastronomic dance across the senses on this mild wintry evening. 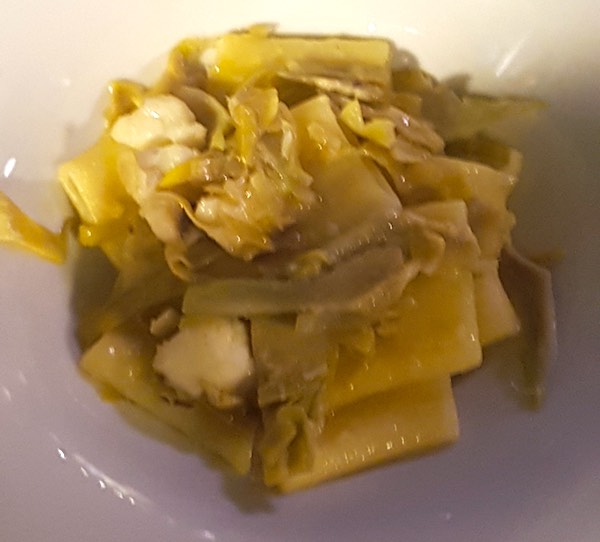 In the rear-view mirror

Bordighera is a small town with lots of heritage. The first tennis courts in Italy were created here, for use by British royals who languished above the town in a villa that a contemporary denizen pointed out to us. Many people that we spoke to were pleased to mention that the British population here was of a fair size.

Excepting myself, there was sobriety in this northern Italian town. It was relaxed, safe and, compared to Blighty these days, completely sane.

I do not have a record of the restaurant name (it is not even showing up on web searches), nor do I have a record of the owners' name who Kindly gifted us the delightful bottle of fine Pigato. Despite this, I am sure we will be back in the near future and those gaps will be filled in!