As 1.4million young people take to the streets to send a clear message to their elders that climate action is critical, so has the wine industry decided to pool knowledge and experience in order to tackle what is, for many of our most cherished wine regions, a threat both to style and quality, as it is existential to many others.

Climate Change Leadership Porto is the brainchild of Adrian Bridge, CEO of the Fladgate Partnership, whose portfolio includes such great names as Taylor and Fonseca.

Bridge says: "The opportunity that we have here is to gather people from across the world who are already very active in producing solutions that help mitigate climate change and to be able to share ideas and encourage more people to action.”

The big name speaker for the event was Al Gore who tuned his legendary slideshow towards the wine industry but still presented it in the context of a global existential threat, bellowing at the audience regarding carbon pollution: “We can’t continue doing this. This is crazy! We have to stop this!”

Luxury product: to be or not to be?

Should we be worrying so much about what is not an essential crop in terms of the survival of our civilisaton? It is a fair question. The wine industry doesn’t have to exist. The rising generation doesn’t drink too much of it and soon wine may find itself both on the wrong end of climate change and consumer choices.

Winemaker, Gerard Bertrand from the Languedoc Roussillon put it this way: “Of course, the thing is that you need to eat to stay alive. When you drink wine now it is not anymore because you need it but because it is a cultural experience or a friendly experience. This is something different than 50 years ago when people used wine as an energy drink.”

So what does wine offer of importance?

There are unique dynamics in the world wine that make it peculiarly interesting to the agriculture sector. The first is that it is dominated by big names that are very often family run. Families, as Al Gore and others pointed out at the conference, have a longer-term view than normal businesses. They think about their legacy and take fiduciary duty very seriously.

This long-term view is dangerously absent from politics. We have seen a quarter of a century of failed climate negotiations at the UN level and still emissions are rising as governments place unsustainable economic interest above the viability of a living planet.

But there is more than this. Luxury crops mean high prices for the resulting products. For those companies who have the resources, there is an opportunity to lead the way. Gerard Bertrand continued saying, “…the wine industry needs to be an example for agriculture, and also to lead the change. This is to create a new agriculture with less chemical products and more natural ingredients.”

It is this ability to research climate impacts, to invest in resilience,  and building a knowledge-base that can be shared with other forms of agriculture, that can give the wine industry a broader purpose in the agricultural sector.

In the glossy high-end world of Champagne, there are fewer names as glamorous as Bollinger and Krug, and both came to Porto to tell their story. Chef de Cave at Bollinger, Gilles Descôtes, said:

If you look at the juices, the grapes and the wines, you can see some differences too. First one is about alcohol. We have a rise of about 1% natural alcohol in the last 30 years. At the same time, we lost about 1g per litre of total acidity.”

It is this drop in acidity that really sounds the alarm bells for Champagne producers because it represents a style change that could change the definition of the region.

“So you have less freshness and higher alcohol. This would worry a house like Krug a lot because our obsession is to create champagnes that can really go through the passage of time and gain with it. To do this you need a high freshness!

We don’t do it by analysis anymore but it is by tasting the berries. We have actually gained freshness! Normally even before the opening of the harvest, we have made a declaration and started [picking] already.

When we talk about our champagnes, our reserve wines are very important. We have state of the art little tanks to protect our reserve wines in a very reductive environment, so we guarantee the freshness as never before!

Looking at the marketing material of these big brands, we would never get a hint of the work behind the scenes. Both companies have taken extensive measures on the sustainability side to reduce emissions, reduce chemical use, and in the case of Krug, to even use electric tractors.

Taking the climate bull by the horns: Miguel Torres

One big brand who really does put the climate change message in the frame is Torres. Managing Director and climate activist, Miguel Torres has long been outspoken since he watched Al Gore’s first movie, ‘An Inconvenient Truth’.

When I asked Miguel at what point he realised that climate change was a threat, he replied: “I am an oenologist by training and I realised straight away that the consequences for our business were going to be terrible. That is when we decided in my family to do something to help mitigate the effects of climate change.”

In his presentation, Torres expanded beyond the realm of the wine business to demonstrate climate impacts on a global scale. On one slide he showed cattle in an enclosure and declared, “It is time to say goodbye to beef my friends!” The meat industry is one of the biggest sources of carbon pollution and switching to a plant-based diet can reduce an individuals carbon emissions by up to 30%.

Torres vineyards and forests have already been exposed to severe climate impacts as he explained: “In Chile we had fires; half a million hectares burning! Half a million… and in one of our vineyards 20 kilometres from the sea, the forest around was burning. The first ten rows of the vineyard were affected and the smoke gave a terrible taste to the grapes. Then we got hail in Penedés, we got frost also in Catalonia, also in the Ribera del Duero!”

Talking about the business side of climate action, Torres says, “We decided very early on to invest 10% of our profits into climate change… it doesn’t reflect yet in our sales but it helps our company to have a purpose. We have a DNA in our company you know, regarding our people, regarding social responsibility. I think the ecology and the fight against climate change is giving us a special purpose, which I like very much!”

Climate Change in the Douro

It is these climate impacts that are really starting to become a big part of the story for wine producers. Adrian Bridge spoke about how climate extremes in the Douro reverberate through the whole business:

“The reality that we face in the Douro valley is that we are seeing extremes of climate. We see it go from cold to hot, to our rainfall happening in very short bursts, or, disrupting the normal pattern of growing grapes. This has accelerated and become very obvious in the last decade, to the extent that it would be fair to say that in perhaps the last 3 harvests alone, production in the Douro has been affected by 20% simply because of climate activity.

The challenge is, if we determine the average rainfall for the last year, there hasn’t been a big change but if we look at the fact, for example, that in the last year, in one afternoon in late May, 12% of the annual rainfall fell in one hour, you get to see how the average statistics don’t tell you the real story of what is happening!”

The point being here that climate change is impacting the ability to produce fruit but what is produced is not impacted by quality.

To which Bridge says, “In that single hour the damage to our vineyards and buildings was in the order of about €400,000 if I was going to put a figure on it.

Much of that is not covered by insurance. It is just a cost of doing business; a cost of being a farmer! So the reality nonetheless is that what we are producing is still very high quality. So the quality issues and quantity issues are indeed quite separate.”

The rising generation is spending much more time asking about where the products they consume originate from and how they are made. The decrease in wine consumption among the young might have a lot to do with the lack of relevance that they perceive wine has to their lives.

In the past when I spoke to producers, some hinted that they didn’t want to communicate too much about the challenges faced from climate change because it might imply there are faults with the wine. In reality it is the challenges and how they are faced that can be tapped into in order to engage a new breed of consumer.

I was genuinely impressed by the extensive action taken by both Bollinger and Krug but also amazed that it is not really communicated. When I said this to Margareth Henriquez from Krug, she replied:

“We do not communicate enough. So we have to educate much better and we need to communicate all we do - it is incredible what we have done so far and this should be part of what we say. This is going to be part of what is shared. We have nothing to hide but a lot to share!”

Returning to those 1.4 million marching youngsters, it reminded me of one session in Porto where Richard Halstead from Wine Intelligence remarked, with mock exasperation, how he had to remind his children to recycle properly. A few moments later he joked that perhaps we should be taking the rain back to London.

As someone who did take the train to Porto in part to see what it was like and also to save 0.42 tonnes of personal carbon footprint, I can say that it is not an easy task (I flew back). Ultimately these will be the difficult personal choices we will have to make. Many of the young people have already made them.

I’ll end here with a quote from Miguel Torres reflecting on the climate strike movement: “I love it. I wish one day that I can meet with Greta. She is doing a great job, and I plan to be on the 15th March on the Barcelona streets for the demonstration.” He smiles mischievously saying, “maybe I’ll have to wear a wig or something?”

N.B. More interviews from the Climate Change Leadership Solutions for the Wine Industry will follow shortly. 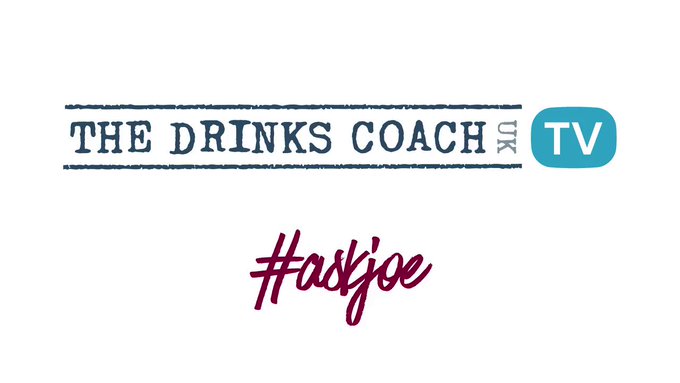 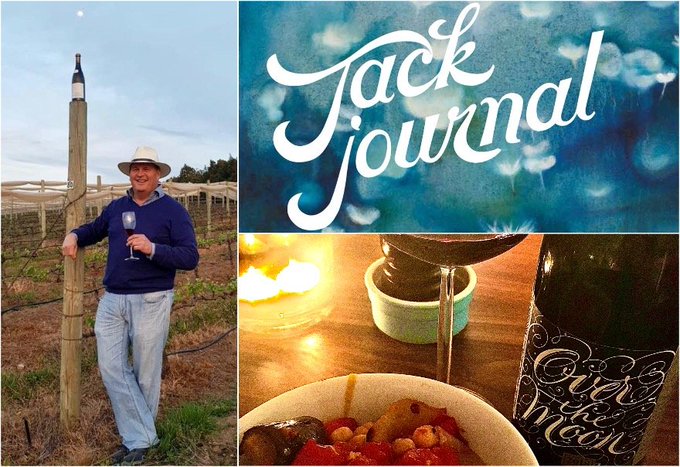