Contino is a small single vineyard estate that is part of the Cvne family of high quality benchmark Spanish wines from the Rioja region. Jesús Madrazo is the widely respected winemaker at Contino and has traveled to London for a tasting of the very troubled 2013 vintage.

Nobody likely felt the woes of this vintage as much as Jesús who watched 99% of his harvest be destroyed by a freak hailstorm that struck the region in early September 2013. It was so severe that no such hailstorm has been seen in the region for 43 years.

With waterlogged vineyards and huge difficulties from mud, Jesús directed his pickers to pick a little later on the 26th September. By which time there has been more sun on the remaining 1% of grapes making them big and ripe. This ripeness subsequently pushed the alcohol level of this vintage up to 14.5%.

The team headed out and salvaged the remaining grapes from the wreckage. Usually Contino produce 2000 barrels in a vintage. In 2013 that number was reduced to 17. Jesús’ determination to produce wine with the remaining fruit is what brought him to London for this tasting. 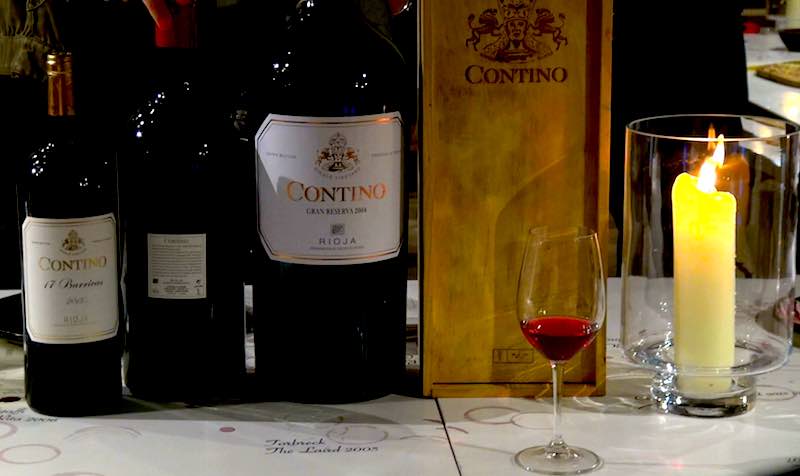 The wine has a rich alluring dark ruby colour and a very vibrant nose of spice and dark fruits. This is a barrel sample so there’s an enormous amount of bursting vigour in the wine. The tannin is course with so much grip that a few glasses at this stage could give you lock-jaw! However, as Jesús himself says, this needs some ageing time in the bottle to round off but the richness and class is undeniable.

Although officially ready in 2 years time, I could see these being wines of enormous pleasure to be drinking in 5 yrs and counting. If you can actually get your hands on any then perhaps open a bottle on receipt and then another every 2 yrs until you run out!

So many winemakers all over the world are talking “terroir”. With Rioja being such a vast region, it is easy to forget that winemakers are dealing with vastly different climates, soils, terrain etc. We tend to think in terms of ‘crianza’, ‘reserva’ and ‘gran reserva’ but this does no justice at all to what is really behind the wine in your glass.

Jesús is keen to emphasise the importance of “the place” where he is growing his fruit and the role it plays in delivering the finished product.

Although it maybe a big leap for the public to take more than a passing interest in the what-where-when-and-how of the vineyard, their is the reward of greater understanding of how great wines come to be. All things in context, and far from the idea of ‘crianza’, ‘reserva’ and ‘gran reserva’ as winemaking methods as opposed to the overall cycle, the winemaker is really a contributor to the process, as opposed to controller of that process.

With this in mind it is fair to say that the Contino 2013 has obvious gastronomic potential, but perhaps it might be best to classify it a “meditative wine”. A wine for sitting back and tasting, while conjuring thoughts of Mother Nature, as she breathes the life into the vines, whose roots climb down into the deep soils, and the subsequent fruits that are produced, are carefully worked into a nectar for the joy of humanity.

The overriding feeling in response to the tasting is one of respect… for the winemaker, for the wine and for Nature. 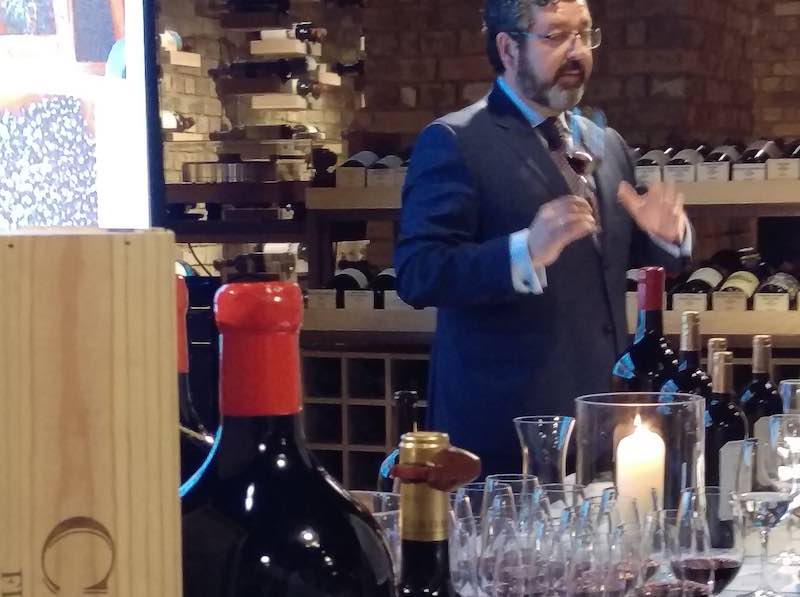