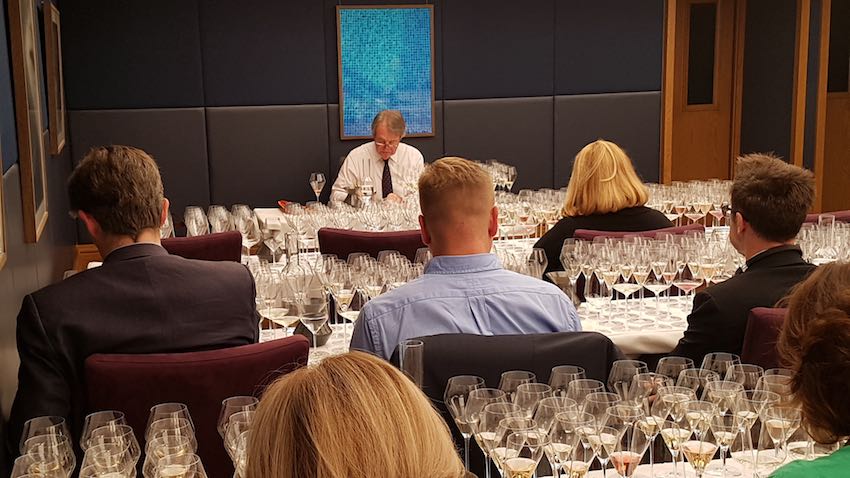 In the basement level St James’s Room at 67 Pall Mall, London, the glasses were well and truly out for the tasting that aimed to test the assertion of celebrity chef, Marco Pierre White, that only a “total numpty” would buy English wine.

This statement seemed to trigger a seismic shift in English winemakers noses being put out of joint. Social media leapt to the defence of English wine and even the mainstream media were reporting the outrage. To the wider British public, English wine is still largely a rather costly curiosity. Could Pierre White be simply announcing the Emperor's lack of clothing?

The announcement of the tasting to compare (predominantly) English sparkling wine with Champagne was initially met with derision and raised eyebrows from many serious Champagne aficionados and industry people. Although when I reached out for on the record comments, the replies that came back were both sober and intelligent. Most of all, they projected a high level of confidence in the integrity of the man behind this tasting, Steven Spurrier.

Spurrier announced the tasting as a “competitive comparison” emphasising that there are so many similarities in the geology, climate and grape varieties used, that it was natural to compare English sparkling wine with Champagne. Being the owner, with his wife Bella, of the Dorset vineyard, Bride Valley, means that Spurrier has real skin in the game in this debate. However, for the purpose of this tasting, not only would Bride Valley wines not be included in the blind tasting line up, Spurrier himself was excluded from selecting the wines and would only introduce the scoring method and be the compére for the evening.

Looking up over the bulk of glassware across the tables, Grant Ashden welcomed the tasters to his basement tasting parlour. It seemed a very fair comment that he expected this to be “the first of many” judgements of this kind.

Steven then explained the tasting regime. There were four categories: 8 Brut, 8 blanc de blancs, 6 Rosé and 8 still wines. Each wine was to be rated within its category from 0 - 8 with 1 being very good and 8 being very poor. There was also a second row where we could attempt to guess whether the wine was English or French.

The scores were then to be added up and those with the lowest totals in each category would be announced the winners.

It is hard to arrive at such an event and not be aware of one’s own intrinsic bias. I have certainly tasted a lot more champagne than I have English sparkling wine and have a fondness for the region and people. That, of course, can be tempered with my own Britishness, expectation of what I am likely to taste and preconceived idea of the outcome.

With all that said, when the wines were poured, all of those preconceived ideas left the room. The first wine we tasted, the Brut NV Hambledon Premiére Cuvée, really was strikingly identifiable, but quite unlike the others with such a pronounced autolytic character.

After that it became very difficult to place many of the wines as either being English or French, let alone, who produced them. This sentiment I heard repeated by various tasters across the room including Spurrier.

The wines on the list were all fabulous. Of the four categories Champagne took two of the three sparkling categories and Burgundy took the still.

For the Brut category, NV Taittinger Prelude took a clear ten point lead. Considering the inspiration for the tasting, it is worth pointing out that Taittinger have vines planted in both Champagne and Kent, making them the most neutral of interested parties. Having tasted their bubbly on so many very memorable occasions, winning the first category is nothing short of poetic justice.

Clovis Taittinger, who is both Export Director and (with his sister and father) all round ambassador for the family brand, responded to the news:

“We, family and team Taittinger, are always extremely proud when we see our art, our craftsmanship, appreciated and rewarded by our customers and by experts as well.
We are growers by tradition and champagne by history, passion and attitude.
Being judged as the best NV sparkling wine is a verdict we accept with pleasure and a smile!
We take it as an encouragement to create and to try and keep improving wherever we make bubbles be it in Champagne, in Napa and soon in Kent.”

This is really no small achievement for ESW and is the strongest riposte to Pierre White’s comments that the English producers felt they deserved.

I found the six rosé sparkling wines in the line-up remarkably enjoyable. The NV Billecart-Salmon rosé is a benchmark in this category and deserved first place. In second place, the 2013 Hush Heath rosé cannot by any means be called the drop of “numpties”! NV Wiston took third place and NV Exton Park rosé took third place.

The still wine tasting did feel anomalous, especially as white and red wines were mixed up in the flight. 2014 Gevrey-Chambertin Faiveley took first place followed by two wines from Alsace and another from Burgundy.

Summary: Incumbent’s are incumbent and numpties are fewer 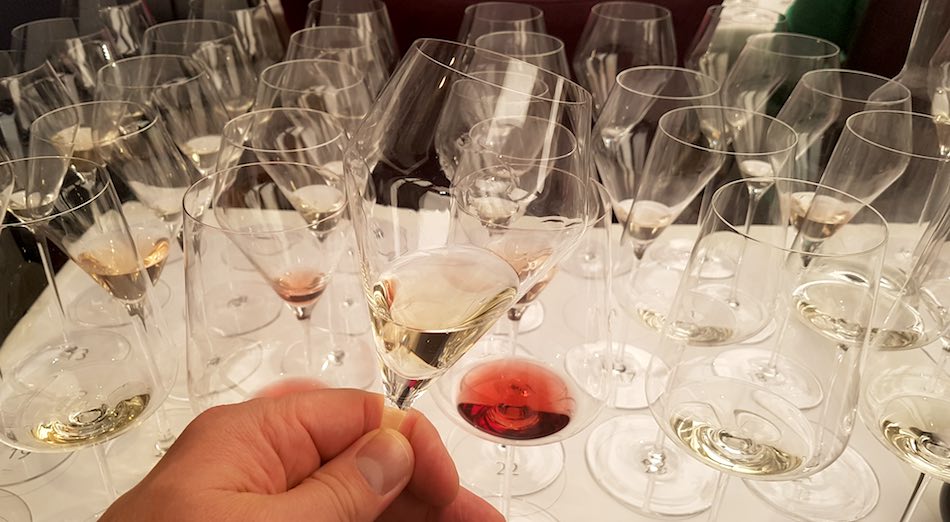 I have received a number of comments about the selection of wines in terms of comparability and categorisation but the results do, in broad brush strokes, emphasise a very obvious point:

English wine is not for numpties. As an industry, it may still be coming of age but the potential to reach for the stars is clear.

There tends to be much more racier styles in English sparkling because they are predominantly single vintage wines that have a naturally higher acidity. In addition they do not have the multiyear blending that can imbue many champagnes with such a marked degree of complexity. That said, it is this racey fresh aperitif style that many English producers avowedly wish to express and show off.

The Judgement of London demonstrates a larger scale approach to tasting, of having fun tasting and informing ourselves in the process. By comparative tasting we can spot difference and nuance, establish personal preference and enjoy the experience with greater intensity.

The underlying lesson is not to dictate what to buy as much as a method to try. For those true wine lovers it makes perfect sense to continue to buy both decent champagne and English sparkling wine and, in the process, periodically keep our judgements updated!